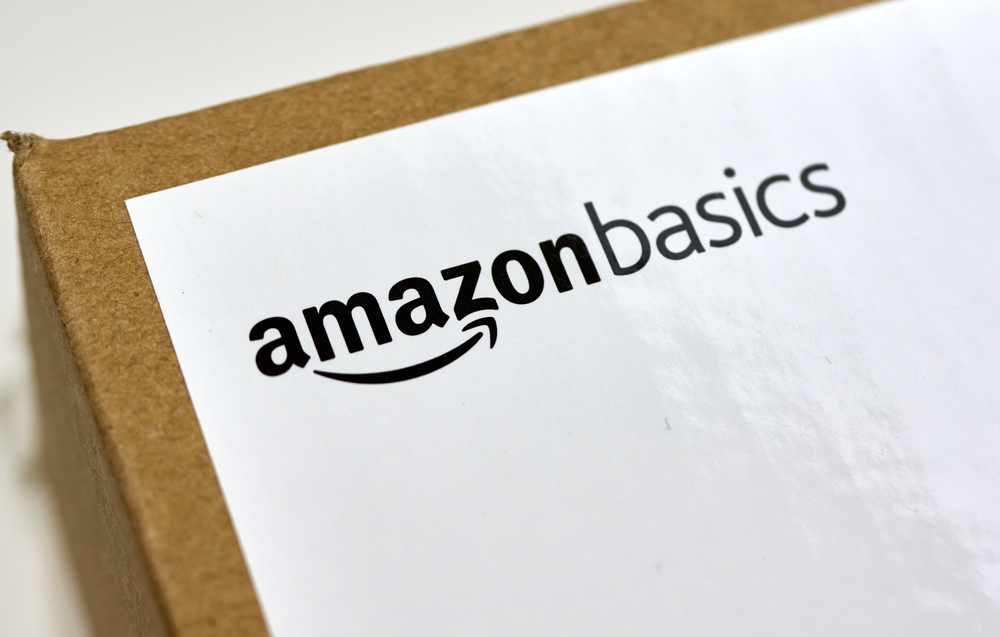 Today in the round-up:

Own Brand Promotion Reduced on Amazon

Believe it or not, these five are only a few of Amazon’s own brands. In fact, there are 24 brands in total which trade exclusively on Amazon itself. They’re a mixture of private labels owned by Amazon and external companies supplying specific, exclusive product versions for Amazon users only.

Traditionally these brands have been featured highly on search pages and on related product detail pages. Now, the Amazon Own Brand listings are placed lower – and there are fewer of them, too.

Speculation on why this would be has divided into two camps. On one side, people point to recent calls for Amazon to be broken up, or the antitrust proceedings in Italy, and even India’s law preventing Amazon from selling brands they part-own on their marketplace. The argument goes that Amazon wants to look as little like unfair competition as possible.

The other camp look at Jeff Bezos’ 2018 letter to shareholders. Specifically, this part:

“Third-party sales have grown from 3% of the total to 58%. To put it bluntly:

This theory says that Amazon are preparing to step back from selling products in favour of building up their Amazon Sellers, cutting down on their own needs to source and maintain products. Some people also point to the reduction in CRaP promotion as further evidence for this.

With ‘refund culture’ a major topic of discussion at the moment, PayPal have announced their User Agreement in the United States will update on May 7th. The primary change revolves an update to how refunds are handled.

“We’re changing how we treat refunds. If you refund (partially or fully) a transaction to a buyer or a donation to a donor, there are no fees to make the refund, but the fees you originally paid as the seller will not be returned to you.”

It used to be that US customers requesting refunds would only forfeit the $0.30 flat fee, but not the percentage of the full payment PayPal also charges. Now, that percentage will be retained.

This policy is only present in the US so far, but it seems likely that it’s being tested before it’s rolled out more widely. For many online retailers, especially in high-return industries, this news may call for future planning.

Instagram users in the US can make purchases without being directed to another website. Retailers can now set up orders to “Checkout on Instagram,” allowing them to choose size, colour and pay without leaving Instagram.

How quickly this will roll out more widely likely depends on how well customers respond to the trial.

Which? magazine is continuing its investigation into fake reviews on Amazon. We looked in detail at their current report earlier this week.

Since then, BBC’s online reporters have looked into the other side of the question – who’s writing these fake reviews? “I think it’s bad – but I think everyone’s doing it,” says one semi-professional writer of fake reviews.

They also turned the spotlight onto fake reviews outside Amazon. One Yorkshire company has chosen not to use review websites at all, saying “When new websites pop up, they might suddenly have 200 or so reviews… we know they have only been going since last month.”

Rather than appear on review sites with far fewer reviews, they’ve chosen not to participate.

The BBC also looked into ‘brushing’ – a strange twist where sellers send unpurchased goods to Amazon customers, set up an account for them, and post reviews of their own products. Amazon customers who receive multiple unusual ‘gift’ orders are often victims of brushing.

It’s not yet clear what form the ‘retail AI’ will take. It’s understood that it will begin as a retooling of Google’s existing AI services. Google have also said their hosting service is intended to prevent slowdown or crashing during major shopping events. Any retailer whose servers have gone down during Black Friday knows how important that can be!

After a brisk period of competition with Alibaba and JD.com, Amazon has announced it will be shutting down amazon.cn and will no longer support Amazon sellers based in China, with a focus instead on selling across borders into China. The theory goes that they may be outperformed on China’s domestic products, but the Chinese import market is more in their favour.

Amazon.cn had a Chinese market share of around 15% for some years, but recent competition has reduced their share to below 1%.

“We’ve seen very strong response from Chinese customers. Their demand for high-quality, authentic goods from around the world continues to grow rapidly, and given our global presence, Amazon is well-positioned to serve them.”, an Amazon spokesman said while announcing the move.

The shutdown will take place on July 18th.